Home Articles New Year’s Resolutions…5 Watch Brands That You Should Learn More About In... 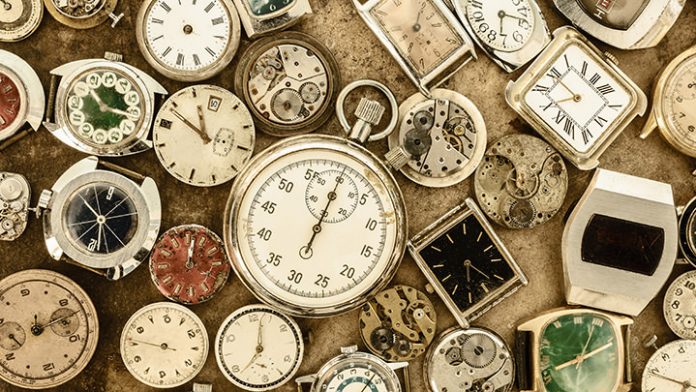 With the overwhelming number of watch brands available in the market, it is easy to overlook smaller, independent bands. Whether it be because they just have smaller marketing budgets or they choose to market their brands in different ways, there are some fantastic brands that have superb quality and beautiful craftsmanship. In this article, we will be highlighting a few of our favorites.

H. Moser & Cie is an independent Swiss watchmaker which was founded in 1828 by Heinrich Moser in St. Petersburg, Russia and began manufacturing pocket watches in a factory located in Le Locle, Switzerland. The company continued to produce pocket watches as well as wrist watches up until the late 1950's. In 1979, during the quartz crisis, the Le Locle factory was taken over by Dixi Mechanique Group and the Moser name was retired.

In 2002 the brand was re-established by Moser Schaffhausen AG, which was founded by the great-grandson of Heinrich Moser, as well as several other private investors. The brand's intital models debuted in 2005 and featured exclusive in-house movements, innovative components and clean designs, all of which remain as a hallmark of the brand to this day.

The Bremont Watch Company is a U.K. based, independent watchmaker, which was founded in 2007 by two brothers, Nick and Giles English. The company was inspired by the early influence of their father, Dr. Euan English, and borne from a chance experience with a gracious French famer, Antoine Bremont.

Bremont watches are all designed, manufactured and assembled in England, including most of the bespoke parts used in their limited edition watches as well as their hand made leather packaging. This determination to play a pivotal role in the reinvigoration of the watch industry on the British shores has been a key driver in the company's mission.

Vulcain Watches was founded in 1858 by Maurice Mitisheim, who was a skilled watchmaker, who specialized in watch complications. The company specialized in pocket watches during the 19th century and began producing wrist watches in the 1920's.

It wasn't until the Vulcain Cricket mechanical alarm wrist watch introduced in 1947 that marked is was first recognized for its watchmaking. In 1948, the Company won the international Chronometry Competition at the Neufchatel Observatory. Following that recognition, several U.S. Presidents wore the Cricket alarm watch, including Harry Truman, Richard Nixon and Lyndon Johnson. However, much like many Swiss brands, the quartz movement of the 1970's force the brand to close its doors after operating more than 100 years.

In 2001 the brand was re-established by Bernard Fleury, the director of Production et Marketing Horloger SA, who saw a market niche for the return of the mechanical alarm watch. The new facility, based in Le Locle, Switzerland, utilizes modern manufacturing processes in combination with the re-employment of former Vulcain watchmakers to manufacture their current models.

Since 1998, Nicolaus Spinner and his business partner Stephen Newman have focused on building quality tool watches for professionals. The UTS Watch Company is based just outside of Munich, Germany, where they designed, manufactured, hand finished and hand assembled. All UTS watches are assembled in the factory where the Spinner family  continues to produce machinery for other industrial clients.

All of their watches contain Swiss-made mechanical movements and are machined in house on CNC machines, from single blocks of German stainless steel.  The finished cases have an utilitarian appearance, with the solid casebacks and separately milled lugs securely affixed by the brand’s trademark hex screws.

In 1926, Walter Storz founded STOWA by establishing his own brand that was manufactured at his father's watch factory in Hornberg, Germany. The name he chose for his new company was based upon his name: STO being the first three letters of his surname and WA being the first two letters of his first name. In 1938, due to its global reputation as a quality watchmaker, STOWA opened its own, stand-alone factory in Germany. It was later selected by the Reichs Luftfahrt Ministerium or RLM (Imperial Air Ministry) to build the original Type A and Type B watches in the early 1940's. Unfortunately, the factory was destroyed during WWII.

After WWII, Storz built a new factory in Pforzheim, Germany, where the company continued to grow. In the early 1960s, Storz's son, Werner, joined STOWA to manage its operations. For three decades, Werner managed the company until he found a successor, whose business philosophy was in keeping with the intentions of the Storz family. In 1996, Jörg Schauer assumed ownership of STOWA and continues to uphold its tradition of producing finely crafted, Bauhaus and flieger style watches in Germany.

Ochs und Junior was founded in 2006 and is located in Lucerne, Switzerland. It manufactures watches developed by Dr. Ludwig Oechslin, the thinker behind some of the most awarded watches of the past 30 years. In sharp contrast to the watch industry in general, which is primarily focused on complications, Oechslin’s interest lies in radical simplification of watch design and components utilized.

When it comes to their fine watchmaking, Ochs und Junior is all about simplicity.  In their experience, they have realized that the simpler the mechanics of the watches, the more reliable they are, which also makes them easier to service.

In light of this belief, the company produces a maximum amount of 300 watches per year. This keeps the production low and allows their timepieces to be customized to its owner, leaving a watch that is unique and unlike that in the mass market. There are no logos or text inscriptions on their watch, which is a further indication of the company's roots to a minimalist, modern appeal.

Okay, now that we have whet your appetite with a bit of information on these great brands, go check them out for yourself!