Home Articles We Have Lift-off…Big News From Omega! 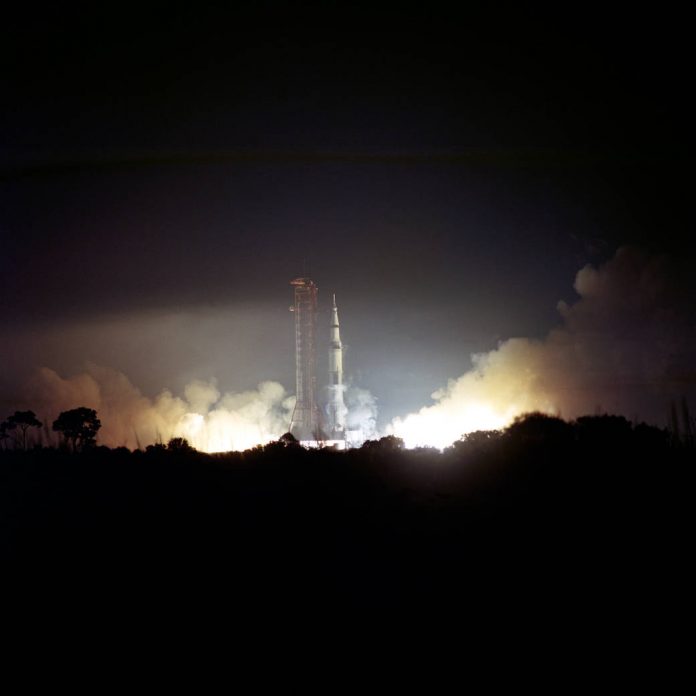 The Engine That Brought Us The "Moon Watch"

For the 50th Anniversary of the first manned lunar landing, Omega recently announced that it has resurrected its Calibre 321. The news that Omega will once again be producing watches with this historic movement has been met with great enthusiasm within the watch community and has built up anticipation for its release in the coming year.

The original version of the Calibre 321 holds a very special place in space history, including being used in several of Apollo missions to the Moon. Given the recent news from Omega, we feel a brief review of the movement's history is in order, so that you can appreciate why it holds a special part in the history of watches.

The original calibre was developed by Lémania and Omega and in 1942, which resulted with the 27 CHRO C12 chronograph movement. This movement was then further developed by Omega, and released in 1946 as its Calibre 321. It was utilized in Omega's Seamaster line, as well as in the Speedmaster CK2915 when it came out in 1957 and was utilized until it was eventually replaced by the Caliber 861 movement.

Known for its beautifully intricate design, the original Calibre 321 earned a notable place in history. It was used in a variety of Omega models including the Speedmaster ST 105.003 (the model first tested and qualified by NASA and worn by astronaut Ed White during the first American spacewalk) and the Speedmaster ST 105.012 (the first watch worn on the moon).

Over the past two years, a small team at Omega has been researching and working on resurrecting this legendary movement from the annals of Omega and NASA history. According to Omega:

'Using the 2nd generation Calibre 321 as a reference, the OMEGA team compiled extensive historical research and original plans to reconstruct the movement as accurately as possible. Going even further, they also used digital scanning technology to see inside the true Speedmaster ST 105.003 timepiece that astronaut Eugene “Gene” Cernan wore on the moon during the Apollo 17 mission in 1972.

As a result, even the most unique and iconic parts of the Calibre 321 have been reborn in respect to their authentic specifications. The new movements will now go into production at OMEGA’s HQ site in Bienne. Uniquely, all aspects of creation will be undertaken within a dedicated Calibre 321 workshop. For each movement, the assembly, as well as the watch head and bracelet assembly will be performed by the same watchmaker. Watch fans can expect more developments and news in the coming months.'

It suffices to say, this announcement has caused much anticipation in the watch collecting community. So, if this is something that interests you, you may want to keep your eye out for the new models from Omega featuring the reintroduced Calibre 321 during 2019. However, If you are thinking of picking one up, we suggest that you act fast, because they are sure to vanish as soon as they hit the market.