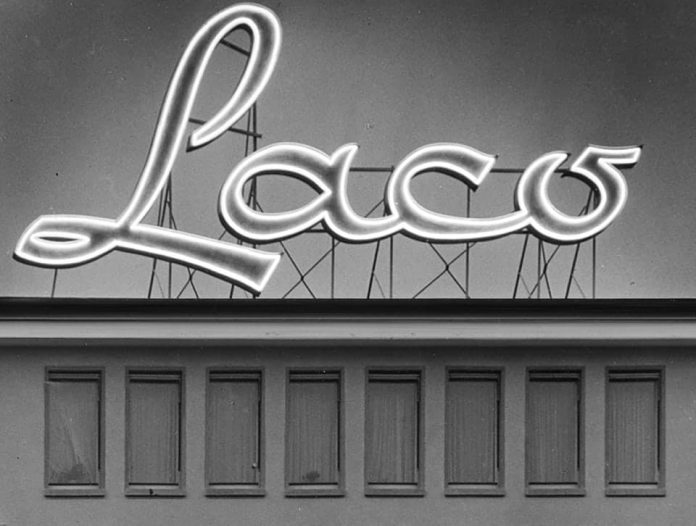 One of the most rewarding parts of watch collecting is learning about watch brands and their connections with history. One brand that has a very interesting history, as well as a unique connection with horological history, is the Laco Watches. For this article we will provide a peek into the history of the brand as well as some of its current models.
In 1925, Frieda Lacher and Ludwig Hummel founded Lacher & Company, in Pforzheim, Germany. Soon-thereafter, the brand was renamed Laco, using a derivative of the first two initials of its original name. It is this name that many collectors recognize today and is associated with the company's horological accomplishments.
Initially, the brand produced watches built from self-produced cases and Swiss Made watch movements. However, to make themselves more independent, in 1933 Hummel founded the movement manufacturer Durowe, which supplied Laco as well as other brands with watch movements. Although Lacher and Hummel's young business made a successful start, the founders decided to split and go their separate ways in 1936. It is at this time of the brand’s history when it produced its legendary Beobachtungs-uhren flieger models, which are more commonly known as "B-Uhr" models today.
Laco’s B-Uhren were produced in coordination with 4 other German watch brands during the WWII time period -  A. Lange & Söhne, Stowa, Wempe & IWC. These watch models, otherwise known as observation or navigation watches, were utilized as a navigation instrument during flights. They were designed to assist the navigators in determining the precise position of an aircraft in combination with an octant (angle) during a flight.  This measurement was then used to plot their courses, fix positions on maps and complete their missions.
Unfortunately, Laco’s factories were completely destroyed during the war. It took many years for the company to fully recover and begin producing watches again. Undeterred, Ludwig Hummel returned to his feet and built a new five-story property to produce his Laco-Durowe products.  By 1952, the company employed over 1,400 workers and was producing 80,000 movements a month, including one of the first German automatic watches, a prototype electric watch, and the slimmest German automatic ever produced at the time.
It was Laco's advances in electronic timepieces that caught the eye of the US Time Corporation (Timex), who bought Laco-Durowe in 1959. But after launching Germany's first electric watch, the 'Laco-Electric' in 1961, Timex split the Laco-Durowe brand up and sold Durowe to Ebauches S. A. After the split, Laco struggled financially for several years and eventually went dormant due to the development of the quartz watch.
In the 1980s, the name Laco has been relaunched. During September 1988, Executive Manager Horst Günther acquired Laco’s name and logo rights in order to fabricate a modern product range of high quality Laco watches. Since that time, the company has steadily rebuilt and reestablished itself as a quality maker of fine German watches. Their current lines include historical models, such as their homage to their historic U-bhr model, modern flieger designs as well as Squad, Navy and Chronograph models. All of their models include the same attention to details that you would have come to expect from such a historic brand and include quality components sourced from reputable Swiss, German and Japanese makers.
After reading our brief summary of notable events from Laco's history, we hope you take the opportunity to do a little research of your own. We encourage you to pop over to their website to look at their current line-up as well as search the web for examples of their fantastic vintage models.

Interested in collecting watches? Join Watch Gang today and you’ll get a brand new watch every month! Every watch is guaranteed to be worth up to 5x what you paid for your membership so you always get a great deal. PLUS, every member is entered for the chance to win a Rolex and TAG every week!